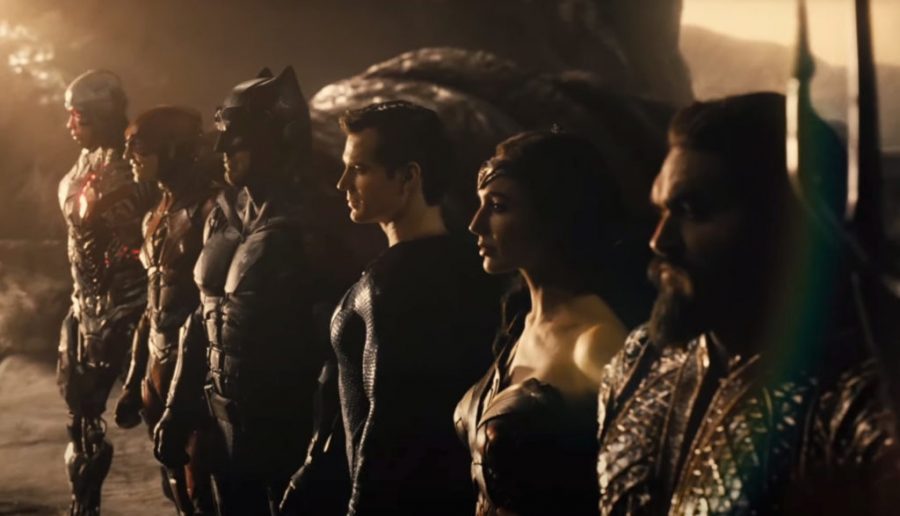 The idea of Zack Snyder’s Justice League started out in 2017 as a simple Twitter hashtag: #ReleasetheSnyderCut. A pipe dream. That was it. As the die-hard Snyder fans campaigned for this film, the rest of us scoffed as they fought for something we assumed didn’t even exist. Even when it was announced, many people, including myself, were still skeptical as to whether or not this would be more than a glorified director’s cut, and if it’d be just as bad as the version from 2017. And now that Zack Snyder’s vision for this film has finally been released in 2021, I am overjoyed to tell you that I was wrong. Zack Snyder’s Justice League is an epic work of art, even with its flaws, offering eye-popping visuals and deeper, more intimate character moments that aren’t usually seen in the comic book movie genre.

Firstly, it’s important to start with the good aspects of the film. Unlike the 2017 version, the plot actually makes sense. There is actually a reason for Bruce Wayne to build the Justice League and each member of the team has valid reasons for joining. Snyder takes time to introduce the League members, so when they are developed later on, the audience actually cares about these characters. Each of these characters gets their moment to shine, and it’s more than just a cool moment to beat up the villain. These are complex characters that have emotional depth on top of their badass action. The perfect example of this is Ray Fisher’s Cyborg. Fisher gives a compelling performance that really helps the audience sympathize with this deeply scarred character, and doesn’t need many action scenes to make his character great. Even the main villain, Steppenwolf, has depth, with actual motivation for taking over Earth that transcends “doing evil for the sake of evil”. And of course, I couldn’t sing praise for a Zack Snyder movie without talking about the action scenes. Snyder definitely knows his way around action scenes, and here they are more stunning than ever, especially when the Justice League fight Steppenwolf in the third act. Oh, and also: wow, Darkseid is awesome.

There’s also one major question that many people have about this film: what makes it any different from the 2017 version? There are a lot of key differences, and almost all of them are for the better. For those who don’t know, Zack Snyder initially shot this entire movie in 2017, but because of a family tragedy, he left the project. The film was handed over to Joss Whedon, who directed the first two Avengers movies, so the film would be more like Marvel movies with a lighter tone and more jokes. What we got in 2017 was a “Frankenstein’s Monster” of a film, with pieces of Snyder’s film mixed with Whedon’s reshoots, and it was panned by critics and myself alike. So yes, as a result, there are many scenes that play out similarly in this new version of Justice League. However every scene that was in the 2017 version is elevated here because the tone is consistent and the scenes just flow better, with different dialogue and some added bits. Even though this is a darker film, the comedy lands much better than the original. Although I already talked about him earlier, the biggest change was Cyborg, who was a minor character in the original, but is essentially the main character here. And, best of all, the action scenes are so much better, even though some of the added violence is a bit unnecessary. So if you saw the original, and didn’t like it like I did, don’t worry, a lot of the 2017 version’s issues aren’t present here.

Now, just because I loved this movie doesn’t mean there aren’t parts that didn’t work. Although I didn’t mind the 4 hour runtime, I could certainly see how that would be a detractor for some people. However, if you’re apprehensive about the length, I’d recommend you break up the viewing into parts. The film is broken up into 6 chapters, so there are many moments to take breaks. I also have to acknowledge that the CGI looks pretty rough in some scenes. The ending was a bit too drawn out as well, especially the last two scenes ( Jared Leto has a terrible Joker laugh still), but these aspects don’t really detract from the film as a whole. And of course, if you don’t like Zack Snyder’s filmmaking style, this will not make you fall in love with him. But overall, Zack Snyder’s Justice League is an excellent film that contains several wonderful moments and deep characters that are worth a subscription to HBO Max. 9/10.