Johnson Rec Center: The Future of U of D 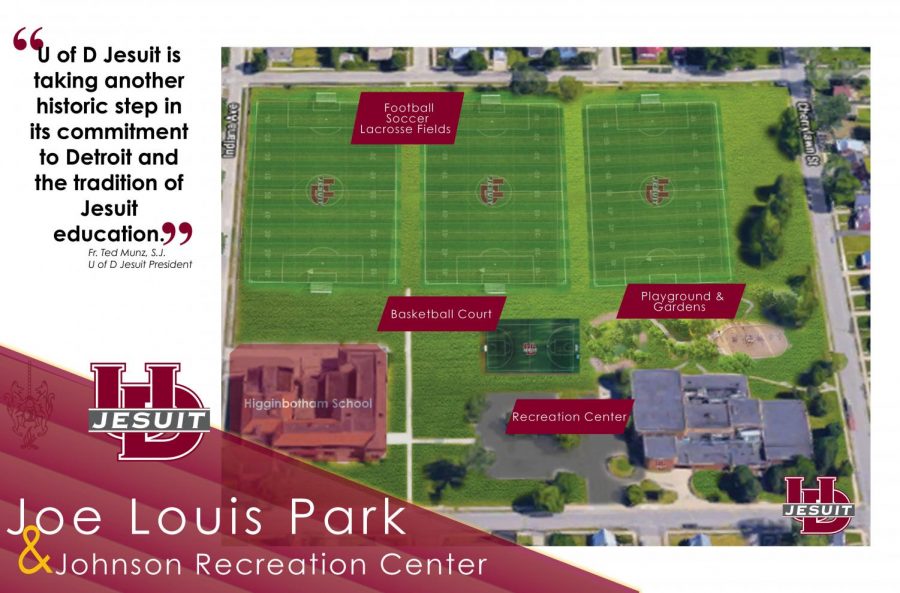 Over this past summer, U of D has made major strides in the development of the Johnson Rec Center and Joe Louis Park less than half a mile north of the school. While construction has been difficult amidst Covid-19 regulations, U of D has managed to ramp up the process in the past few months in hopes of the center being available for the 2021-2022 school year.

The Johnson Recreation Center and Joe Louis Park have been a part of the local community since they were built in 1980, but in recent years, the city has not had an adequate budget to maintain the building. However, in February 2020, U of D purchased the property and made the pledge to keep it open to the public. Father Munz stated that “it’s great for athletics, but it’s even more important to be connected with the community”. This purchase doubled the size of the school’s campus, and will change athletics and community relations at U of D for years to come.

This summer, I visited the site to see how the process was coming along. At the time, the outdoor fields were being filled with sod and the outdoor basketball court didn’t look like it had been touched yet. On the inside, the overall design of the building was clearly laid out, but a lot of the rooms were not yet painted or even touched at all. The biggest developments at the time were batting cages on the indoor turf field as well as the scoreboards in the gym. I spoke to one of the workers there to see when they thought the center would open its doors. He explained that the longest parts of the process were already finished and that the finishing touches wouldn’t take as long. He assured us it would be ready by the winter of 2021, yet, I was still unsure about whether that was a possibility.

However, I recently took a second tour of the site that raised my hopes. The outdoor fields were flattened and prepared to be sodded, whereas before they were still overgrown with weeds. The rooms had doors, finished ceilings, and fresh paint. Father Munz expresses that “We want people to be excited… Many people don’t realize how big this is for the school and the community”. All in all, it was great to see the progress that had been made: the indoor facilities will be ready by mid-to-late October, while the outdoor fields will be ready for the spring season.

As we look forward to practices, rehearsals, and meetings in the Johnson Rec Center, don’t forget to remember the one behind it all. Bob Williams has been in the architectural business since before students at U of D were born. Over his career, he’s overseen many important projects, including our newly built science wing. Let’s take some time to appreciate all of the hard work that Bob has done for our school over the years. Father Munz emphasizes that “None of this would be possible without Bob. He’s the one that made it all happen”. 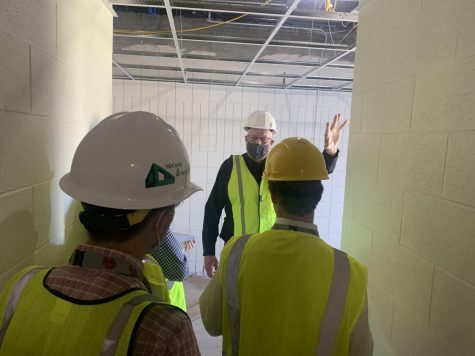 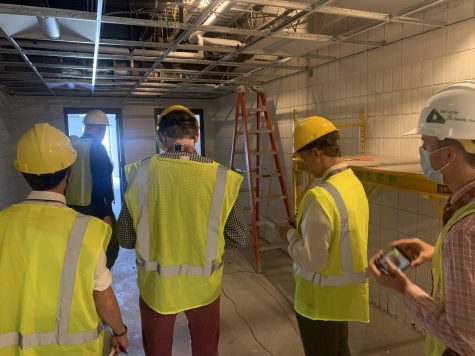 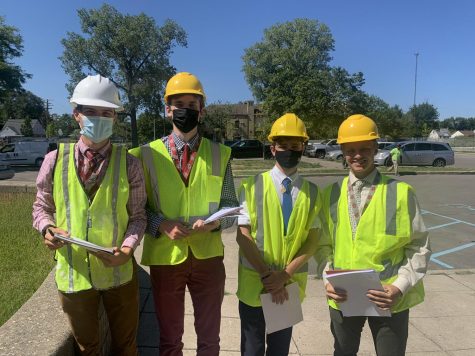