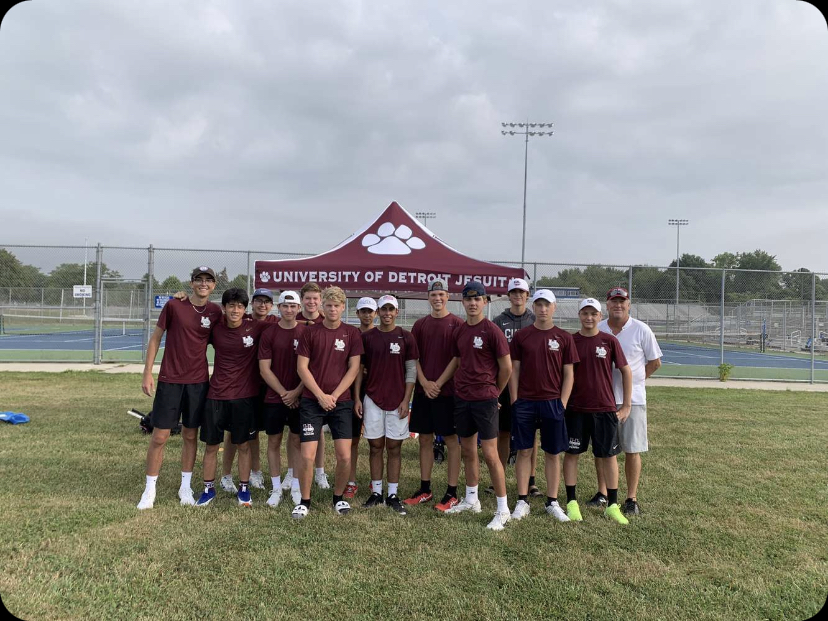 New coach. New year. Same Cubs? Stacked with 7 seniors, the Cubs Varsity Tennis team is looking to have a phenomenal year. The Cubs started their Catholic League matches against the Pilots of De La Salle in early September, which resulted  they came on top with a cumulative score of 8-0.

The Cubs are a threatening team, as they have depth throughout the whole team. The four-year varsity member and now captain, George Yaldoo made this comment for their hopes on the season. “Both mine and the team’s expectations for this season are to make the State Tournament and really go deep once we reach that goal. I know our boys can do it, and I think we will shock our opponents coming forward.”

A change that really shook up the Cubs tennis season was a new face- and not just the faces of new Varsity members. The Varsity team welcomed a new head coach this season as well. Yaldoo stated that “Coach Antecki has brought a different perspective compared to Coach Slaughter. I think it’s great for our partially inexperienced guys who need more structure and stability and their game. He’s just what we need to help reach our goals as a team.” Yaldoo continued “Coming up this month, we have plenty of key matches. Just about every Catholic League matchup will be important, however, our matches against our D2 rivals, Seaholm and Forest Hills Northern, will be the biggest test we will face before the regular season ends.” The Cubs are looking forward to a prosperous and exciting season!