U of D Football Season Overview

There’s nothing that says the school year is starting up more than the UDJ football season. And while our Cubs were enjoying the summer, the football team was hard at work preparing for the upcoming season. With both summer workouts and the annual Iron Cubs taking place, this team has been preparing for the upcoming season since the conclusion of the 2020-2021 school year. “I think this was the hardest and best summer for Cub football,” said senior Michael Mathis. “I think this is the most conditioned Cub football team we’ve ever had!”

The team last year dealt with a lot of adversity throughout the season. With the pandemic, there were no fans allowed at any games, and they lost starting quarterback Nathan Brown and lineman Michael Mathis to injury in the middle and beginning of the season. This year they get back both Brown, Mathis, and fans who have not been able to watch their team play since 2019. “I think having Nate and our fans will be a big help to the team and the energy on the field,” said Mathis. This year the team is led by senior captains Nathan Brown, Michael Mathis, Patrick McVeigh, and Chris Mutebi. When asked about what he hopes the captains bring to the team this year, Mathis states, “I think we bring the energy and guidance to our younger team this year. We wanna see them succeed long past us so it’s important to build those good habits now.”

So far the team has gotten off to a bit of a rocky start with a 34-13 victory over Grosse Pointe North in which McVeigh accounted for 2 rushing touchdowns and a passing one. They’re next game resulted in a 50-0 loss at Grandville. Some notable games to look out for this year include their first home game with fans allowed against Brother Rice, the Jesuit Bowl against Loyola, and their annual rivalry games against Catholic Central and De La Salle. This team has a long season ahead of them playing in a tough Catholic League, but they’re more than prepared to face the challenges that will come throughout the season. When asked about the expectations this year, Mathis says, “I wanna beat Rice and win a state championship.” 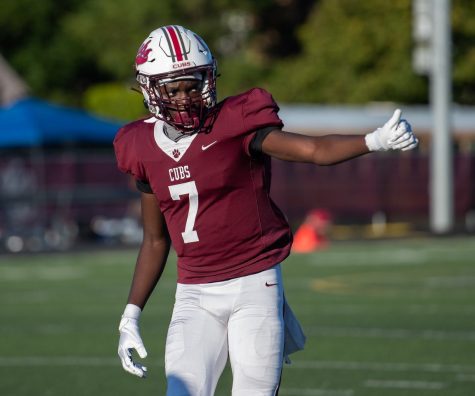 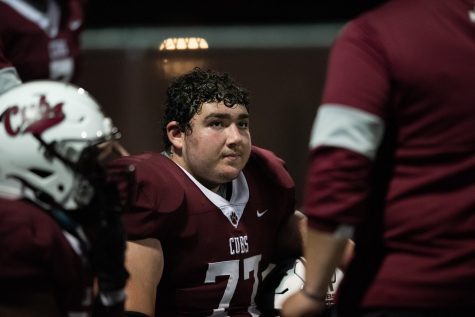 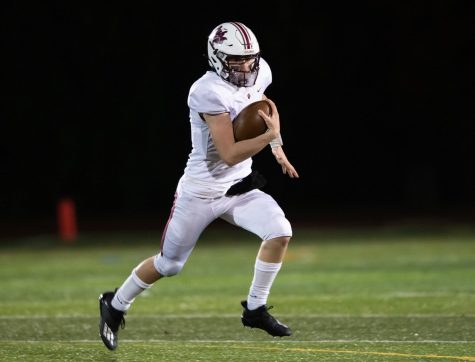 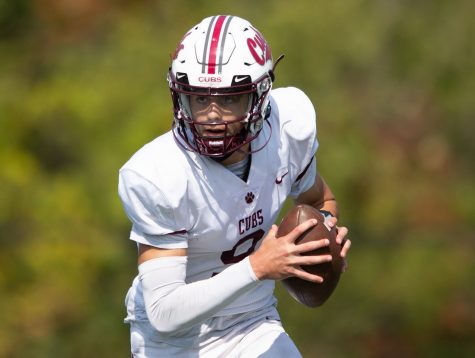