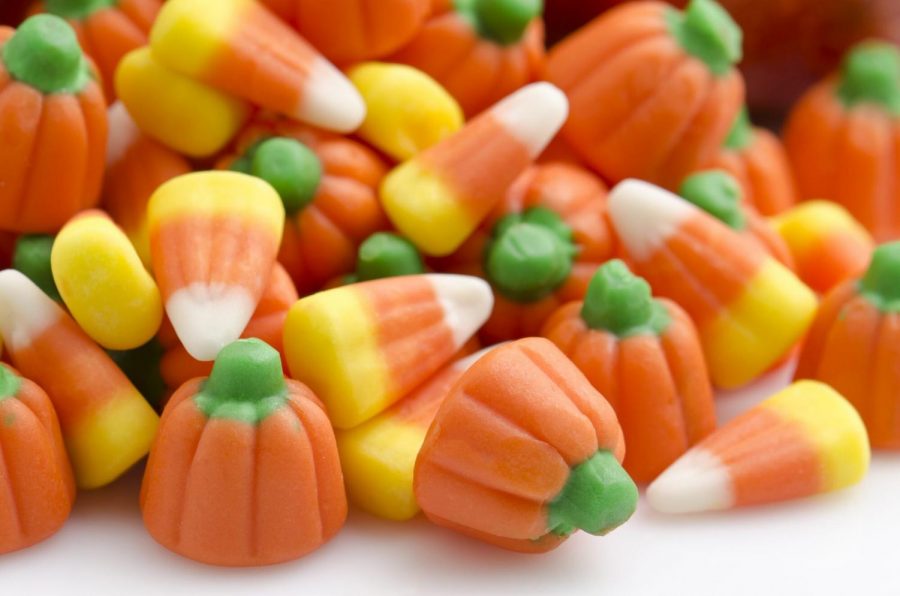 Candy Corn - love it or hate it?

Candy corn is one of the most easily recognizable candies in America: a little sugary tri-colored triangle that signals the coming of Halloween. But where did the festive treat originate from?

In the 1880s, George Renninger, of Wunderle Candy Company, crafted a candy made out of sugar and corn syrup that had a corn kernel-esque shape. His inspiration most likely came from the growing trend amongst candy manufacturers to make candy that resembled commonly harvested crops, in an effort to market them to a large grain-centric population. Other popular forms of candy at the time included turnips, pumpkins, and even chestnuts.

However, candy corn didn’t gain national popularity until the late 1890s, when Goelitz Confectionery, now known as Jelly Bean, started to make its own kernel-shaped candies branded as “Chicken Feed.” As simple as it is, the name has a deeper meaning: it’s derived from corn commonly being used to feed chickens rather than people, as it was seen as food only fit for the poor, prisoners, or farmers. By calling it “Chicken Feed,” Goelitz not only played into the strategy of marketing their products to a specific demographic (farmers), but it also created a fun image for the candy itself. Instead of eating a candy turnip, you could now snack on the “same” food your chickens eat.

Contrary to popular belief, candy corn was not strictly tied to the autumn months. It was actually widely consumed throughout the year. So how did it get associated so heavily with Halloween and the month of October? Well, giving out toys, baked goods, and snacks on Halloween was a relatively new thing in America. But with the post-WWII baby boom and the fast-growing suburbs, giving out baked goods and toys to kids started to die out, so candy became a popular item to pass out to kids when they rang your doorbell on October 31st. Candy corn came into play because it was a cheap sweet that could be bought in bulk and passed out to the masses. As the ’50s and ‘60s progressed, passing out candy became the new staple tradition. Consequently, the candy industry started to market sweets specifically for the Halloween season, and candy corn was the perfect treat for them to capitalize on. Despite the one and only Mr. Coccetti having a vendetta against the legendary treat, to this day, candy corn remains one of the most popular Halloween candies for all people to enjoy.