The Jazz are off to a hot start beating the Thunder, Kings, and the Nuggets. The Jazz’s talents were questioned before beating the Nuggets by 12, with Rudy Gobert leading the team with 23 points. However, each of their wins has been by sizeable margins, and they have not shown any sign of a struggle so far. If the Jazz can continue this, they could easily be at the top of the Western Conference.

Steph Curry and the Warriors are off to a 4-0 start beating the Lakers, Clippers, Kings, and Thunder. The games against the Lakers and Clippers were crucial for the team to get back up and going since their significant injuries to their star players. The Clippers game was a nail-biter, but Steph Curry’s 45 points helped hold off the Clippers 115-113. The Warriors are beginning to look like their old selves again, and if they continue on this streak, they could be the scariest team in the league.

The Bucks are starting season 3-1 and dropping to the Heat in a 137-95 blowout. This seemed to be an off game for the Bucks, only shooting 38% from the field. On the other hand, the Heat shot 53%. They handled the Nets very well in the season opener, who were the title favorite at the beginning of the season. Also, the team’s core has not changed since coming off of their NBA Finals victory against the Suns. Therefore, the Bucks should cruise into the ECF.

The Nets are 2-2 to start the season, which is not exactly the results they were looking for. The problems for the Nets mainly lie in the defense. They statistically have a bottom 5 defense in the league. Along with defense, James Harden has not been at his best on the other side of the floor. Since Kyrie Irving is out indefinitely, James Harden is really going to need to step up his play for this team to have an actual title shot.

Just like years past, the Denver Nuggets are one of the most dominant teams in the league. They may be off to a 2-2 start, but Nikola Jokic looks due for another MVP caliber season. Although Jokic got injured in his last game against the Jazz, it does not appear to be a severe injury. Also, once Jokic can get his point guard Jamal Murray back, they will be rolling in no time. 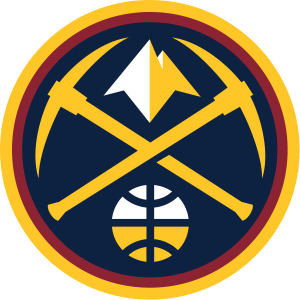 The Bulls are off their best start since the 1996-1997 season at 4-0. Although this may be exciting, it does not precisely say much about the team. Yes, it shows that the team is solid, but the most challenging game was against the Raptors, which came down to the final minutes and resulted in the Bulls escaping 111-108. Nevertheless, Demar DeRozan looks to be flowing well with his new squad, and this team seems to have significant potential.

The Lakers are recovering after their losses to the Warriors and the Suns in their first two games. The problem seemed to lie because the players have not had many games to get used to playing with one another. On the other hand, Lebron James and Anthony Davis seem to be out to great starts, averaging over 25 points per game and shooting over 46% from the field. If the Lakers can stay on the same trajectory, they should be in for a good season and potentially a title.

Despite the early season distractions of Ben Simmons, the 76ers seem to be focused and ready to play. They are 2-2 but should be 3-1 after letting a 4th quarter double-digit lead slip away against Brooklyn. Joel Embiid is statistically giving up less turnover than last year, and Seth Curry is out to a hot week 1. The 76ers will most likely end up in playoff contention and even better with a mentally healthy Ben Simmons.

The Hawks are starting off 2-1 after losing to the Cavs, where they could not score for the first 3:42 of the third quarter. This seems to result from the Hawks seeing a different defense that they have not seen in a while. Other than the Cavs game, young talent such as Cam Reddish, Trae Young, and John Collins are getting through the games quite well. The Hawks will be seen in the 2022 playoffs probably as a lower seed.

Lamelo Ball and the Charlotte Hornets are starting 3-1 after a big win against the Nets but an unfortunate loss verse the Celtics. The Hornets had 41 points dropped on them by Jayson Tatum in their 11 point loss. Other than that, Lamelo Ball and Miles Bridges are averaging 20+ points per game, with Lamelo Ball having a 47% shooting percentage and Miles Bridges shooting 53%. The Hornets are looking extremely dangerous, especially with all of their young talent. This will be an exciting team to watch for years to come. 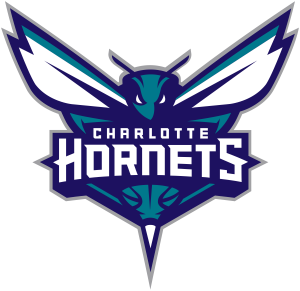