Michigan Before the Mayflower 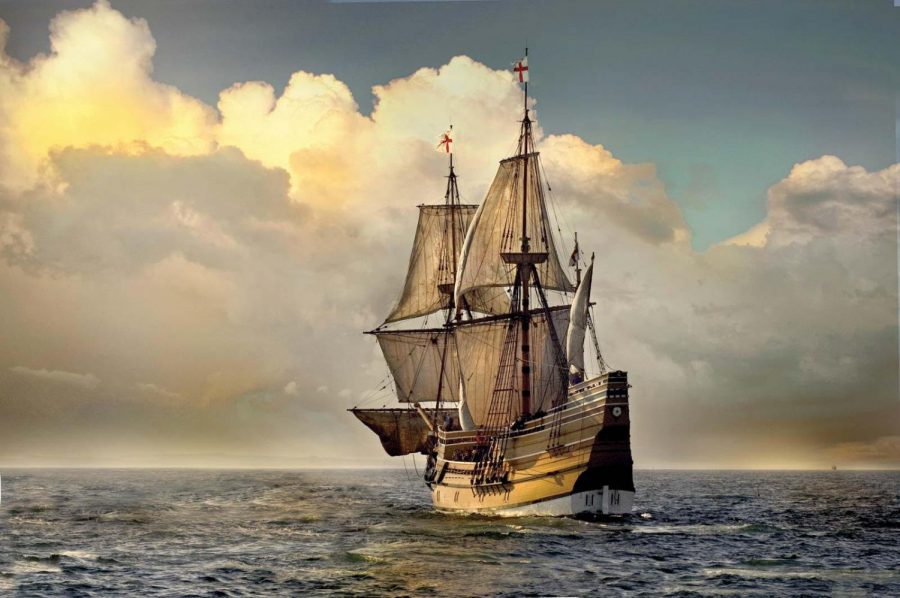 The Thanksgiving feast reminds us of the Pilgrims and Native Americans giving thanks for surviving a rough year after the Mayflower arrived in 1620. Although it is perhaps the most popular of America’s origin stories, it is worth sharing that according to the Detroit Historical Society, the first European explorer to visit Michigan was two years earlier, in 1618!

Frenchmen Etienne Brule was sent by Samuel de Champlain, the governor of New France (now Quebec) to search for a believed “north sea” and a passage to Asia. Brule lived among the Hurons Native Americans. He mastered their language and customs and benefited from their geographic knowledge in his explorations. Brule dressed like the natives, except for the Agnus Dei (Lamb of God) image he wore around his neck to remind himself of his Catholic roots. After years exploring with native tribes, he learned not only Huron, but also Algonquin and Iroquois languages. It’s hard to know for sure exactly where he explored since he left no writings behind. Everything that’s known of his explorations is from oral accounts transcribed by Champlain and others, but it is generally believed by historians that Brule was the first European to explore the Canadian province of Ontario, and the first to see Lake Ontario, Lake Erie, Lake Huron and Lake Superior. Brule deduced that Lake Superior, the “Great Lake” or “Great Sea” in Indian descriptions, ended the French search for a passage to Asia since it had fresh, not salt water. He explored it nonetheless all the way to its western end in modern day Duluth, Minnesota.

As far as Michigan exploration goes, he certainly visited Sault Ste. Marie, likely visited Drummond Island in Lake Huron, may have stood on the shores of Lake Michigan, and was known to have presented Champlain with copper believed to have come from Isle Royale—today Michigan’s only National Park.

The story of Brule has the worst ending imaginable. Although the Hurons whom he befriended did not typically practice cannibalism, they were occasionally known to make exceptions. For reasons unknown to history, the Huron Native Americans came to believe that Brule betrayed them. They killed, dismembered, and consumed him in a “revenge feast” in 1632.