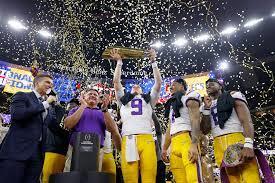 At the time of writing this article, there’s only two more games left in the regular season. It’s that golden time of year when the AP poll starts mattering less and less with the college football playoffs rapidly approaching. The week 12 selection committee’s rankings goes as follows:

Georgia, one of only three remaining undefeated teams, remains at the top of the list and are now 8-0 in SEC play for the first time in school history. As of right now, it’s looking like they are going to play No. 2 Alabama in the SEC championship, which will undoubtedly be an amazing game to watch.

Oregon remains ranked higher than Ohio State, at 3 and 4 respectively. They have very similar records, with Oregon having one more win, but the decision to rank them higher was based on their road win against the Buckeyes in week 2 of the season.

Now, for the teams everyone is interested in: Michigan and Michigan State. The committee placed Michigan over MSU by one, a decision that many Spartan fans have found upsetting since last week, especially because they beat Michigan in the head to head game. “Head to head is certainly one of the criteria that we use and one of the things we evaluated” said committee chairman Gary Barta. “Last week with Michigan and Michigan State, the committee talked about Michigan being a more complete team. When the votes were cast this week, that’s the way it came out: Michigan ahead of Michigan State”. When looking at both teams’ one loss, Michigan lost to a to the number 8 team in the country by only 4 points, while MSU lost to an unranked team by a much more decisive margin. In spite of the head to head results, having these two teams in this order seems fair enough.

As far as the odds that either Michigan or Michigan State actually get into the playoffs, their paths are pretty clear. Both the Wolverines and the Spartans need to win every game left in the regular season as well as the conference championship, which won’t be an easy task considering they both have yet to play Ohio State, the other major playoff contender in the Big 10. MSU is guaranteed to be in if they win out, however Michigan needs their in-state rival to lose at least one of their next two games (vs. Penn State and Ohio State) if they want a shot at the playoffs due to the fact that they lost the head to head game.

In the November 16 edition of the college football playoff rankings, the top 7 remained the same from the previous week’s edition, the only shakeup in the top 10 was Oklahoma dropping from No. 8 to No. 13 after a loss to Baylor. However, it won’t stay this way for long. With many of the teams in the top 10 having a very tough next couple weeks ahead of them, it is certain that there will be a lot more movement in the near future, which means being able to tell at this point in time which four teams will actually be in the playoffs very difficult.