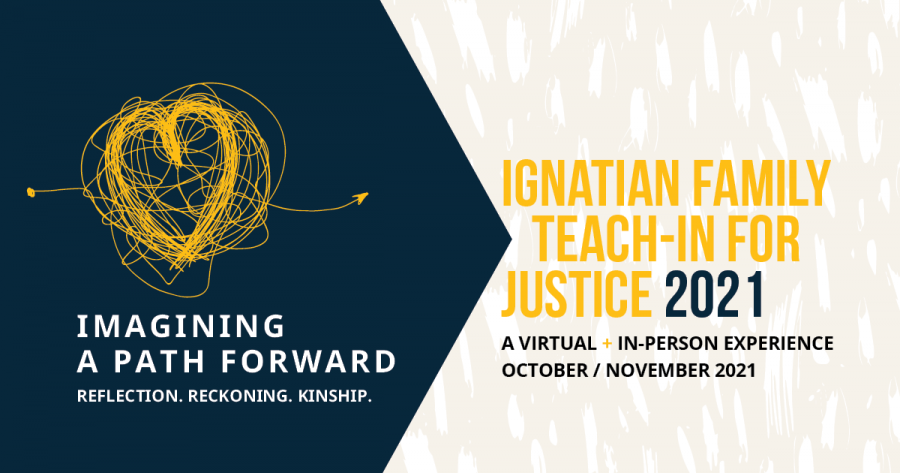 Just a few weekends ago, from November 5th to November 8th, my fellow students and I, including Ms. Costello and Mr. Coccitti, took a trip to the Ignatian Family Teach-In in Washington D.C. There were so many great experiences that could be addressed, like exploring the city during our free time, meeting plenty of awesome people from other

Jesuit schools around the country, and enjoying Mr. Coccitt’s immaculate driving skills. or even all of us having a workout competition, there are even more important issues that need to be addressed.

All of us would probably agree that one of the most powerful talks we have ever heard was during the very first general session, with keynote speaker Fr. Bryan Massingale. He spoke to all of us about racial inequality throughout the country. He gave ways for everyone, including me and you, the reader, to tackle racial injustice in our everyday lives. All change that has ever happened has started the same way, which is first recognizing that there is a problem, or an issue that needs to be addressed and understood. I personally attended a session about the racial wealth gap, which was eye-opening to the injustice that African American people have gone through all throughout history, which still continues today in numerous ways. Bills like the GI Bill, while always seen as an important and helpful bill, were not open to giving African Americans the same treatment as white men. This session was easily drawn back to Fr. Bryan, who said he teaches people about the wealth gap and transgenerational wealth. Only a mile from our school, there is an inconspicuous wall known as the Birwood Wall. This wall racially and economically segregated the area and prevented African Americans from purchasing homes. The largest asset by far for most Americans is their home.

The segregationist policies prevented home buying for African Americans in certain areas which in turn prevented them from passing this potential wealth on to their children. Fr. Bryan had us imagine a game of Monopoly. However, there are a few different rules. Imagine there are two players in this Monopoly game, and one person starts with two thousand dollars, a nice home on North Carolina Ave, and a summer home on Illinois Ave. But the other player starts with 250 dollars, and a home on Baltic Ave. If life is truly fair for all people, let’s start the Monopoly game and see who wins. I bet you could never guess who might win that game.

Now you might be wondering how you can make a change. I’ll admit, there is no clear path, no opening through the trees that begs you to come this way for the solution. But, there are steps that can be taken to better the problem. It first starts with understanding, knowing the problem and acknowledging it. Then, it is absolutely necessary to “Love thy neighbor as thyself.” While this has been taught in the Church for centuries, are we truly following it and living as Men and Women for others? Because if you have ever stereotyped someone or judged someone just because of their clothes, looks, religion, race, gender, or anything similar, you aren’t living this out. You truly have to love every race just as you would love your sibling. Lastly, the thing Fr. Bryan taught us what white and Black people must do on their own. He said white people must use their voice to speak up against the injustice, and said we must understand that our voice is sometimes louder than our brother’s voice. As for Black people, he said you must love yourself for who you are, as a Black man or woman, you must love who you are and embrace it.