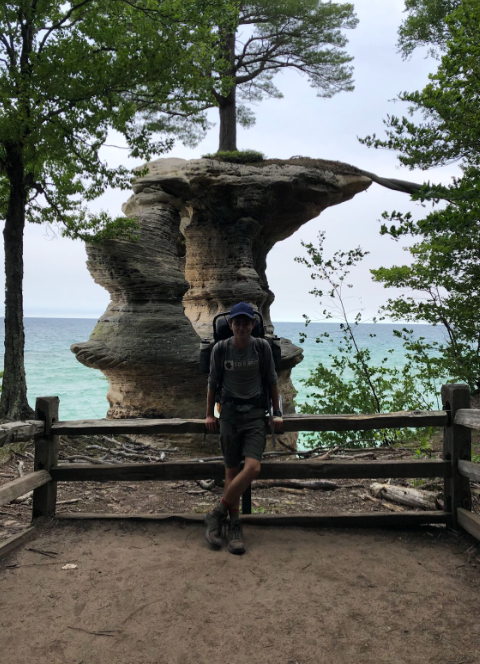 “A scout is trustworthy, loyal, helpful, friendly, courteous, kind, obedient, cheerful, thrifty, brave, clean, and reverent” are the words of the Scout Oath I’ve tried to live by for thirteen years. Ever since I first joined in Kindergarten at just five years old, scouting has been an essential and formational part of my life. I’ve done service projects, met with and learned about others, and generally helped out the community in other ways outside of Boy Scouts. But the times I partook in activities with my troop were more than just service – they were part of a brotherhood.

Now, I haven’t always felt that Boy Scouts is a great experience. Multiple times throughout my life, I’ve wanted to quit. I thought it took up too much time, was too much work, or even just a sham, considering all of the controversies the organization has gone through in the past few years. My troop was diminishing in size as more and more guys were aging out and becoming Eagle Scouts, so I thought it wouldn’t be that big of a deal if I just decided to up and leave one day. However, I’m eternally grateful that I chose to stay and become an Eagle Scout candidate. Sure, there were bad parts, like being swarmed by biting flies on a forty-two-mile hike (shown on the right). But that hike showed me the beauty of pictured rocks and revealed to me that sometimes getting away from the city is a good thing. Planning my final project, raising over $2,500, and organizing people to work together on a collective task was difficult, but persevering through it and finally finishing the job was an extraordinary feeling of accomplishment. These lessons taught to me over my 13 years in scouting are invaluable and will never be forgotten.

I am sad to be leaving the Boy Scouts, but in a way, it’s a good feeling too. Sure, I’ll miss getting together with the guys over the weekend to screw around in the forest, but I know that I’m entering the next chapter of my life in which I can say I worked hard enough to become an Eagle Scout. My advice to anyone debating whether or not to keep pushing through: just do it. The camping, service, and final project may not seem like their worth it, but they most definitely are, and I will never regret my time in Scouting.