AVCs at the High

As the first semester rolls on, the Cub News interviewed each of the new AVCs for the year on various topics, such as their college and major, why they became an AVC and their general ideas for the future. The AVCs all played sports at the High, everything from soccer to swimming. A few extracurricular activities they participated in included BASE, Mock trial, and Fur tanning club. None of them thought that at first, they would be AVCs coming out of U of D, with Hall emphatically stating that “No way! I didn’t think I was ever coming back”. Both Nazareno and Perez-Cruet are currently applying to medical school, while Hall and Burns are both looking at law school. Jenereaux is looking at a career in book publishing, while Benedetto is studying to become a teacher. Many of the AVCs enjoy giving back to the school that has given them so many opportunities, as well as seeing the school from a different perspective. This is the reason why many of them came back to UDJ for this year. In all, our new AVCs have settled in well. If you see them around, be sure to introduce yourself. They are all graduates of UDJ, and they have a lot of knowledge about life after graduation. As Perez-Cruet said, he really enjoys “finding ways to help students with things outside of the classroom, such as coaching, tutoring, and leading retreats”.

College/Major
Activities they did at U of D
Did they think they wanted to be an AVC when they graduated?
What is their favorite part of being an AVC?
What has changed the most since they graduated from the High?
What made them want to come back?
What are their future plans?

Michigan State/Physiology
Science Club, Student Senate Treasurer, Quiz Bowl, Focus Hope, NHS
I thought about it, it was something that could be in my plans, but I wasn’t sure where my college plans would take me. I was interested in the idea of coming back to the High at some point, especially when I decided to take a gap year.
I enjoy teaching the students, especially the science courses. It’s nice to educate kids in subjects interesting to me and providing help to both classes and individual students.
The science wing was completed the summer after I graduated from U of D, so seeing it being put into use is awesome. It’s a great facility for people to learn.
First, I decided to take a gap year. Then I realized that U of D has given me a whole host of opportunities in terms of preparing me for college and even helping me get research jobs and medical experience during college. I wanted t o give back to the younger people at an institution that has benefited my life so much.
I plan on attending medical school and then pursuing a career in both clinical and research medicine. 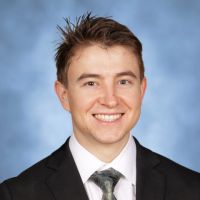 I never gave any thought to it. I didn’t think it was something I’d want to do at the time.
Being able to talk to teachers like regular people and finding ways to help students with things outside of the classroom, such as coaching, tutoring, and leading retreats.

From my perspective as a teacher, it’s amazing to see the number of times kids spend on phones before and after school. It’s just something that is totally different from my U of D experience.
Coming back home from college as a junior and senior, I was involved in Labre ministry through U of D,
and being able to interact with teachers and students while serving the community was incredibly fulfilling. I wanted to continue this type of work during my gap year.
I’m interested in medicine and am currently in the application process for medical school. I aspire to conduct research and teach, in addition to serving patients in a clinical setting, all while being an active advocate for the communities that I am a part of. 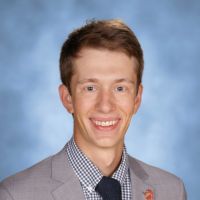 Xavier University/History
Academy Football, Lacrosse, Basketball/ High School Cross Country, Mock Trial, Musical
It was something in the back of my mind, but I never really considered it until a few years down the road in college
Being able to serve with a group of my U of D brothers, while giving back to a community that has given me a lot.
The increase in people and new faces in administrative positions is something that has changed since I attended The High.
I think it’s for the same reasons I enjoy being an AVC. I wanted to strengthen and make new relationships with fellow classmates, as well as being able to participate at U of D with the hindsight of what it was to me, and still be able to be a part of such a great place.
At this point, I’m in the process of applying to law schools and plan on attending the internship I was supposed to have last summer. 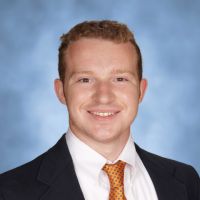 Finance and Economics
Cross country, swim, track, Ignatian Services, and Focus Hope
No, not at first but within the last two years I began to consider it.
Being on the other side of things as well as being able to help out around the school.
Critical Thinking
The opportunities that the program offers as well as being able to give back and show my school spirit through being a part of the faculty
I am studying to become a teacher, however, I’m also thinking about using my college degree depending on what opportunities open up. 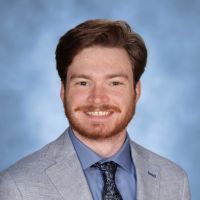 University of Michigan, English
Quiz Bowl team captain, varsity bowling, golf, and track for a year each
Not at all.
Being able to see the school from the other side and have my old teachers as my colleagues.
The science wing, and Mr. Gumbel isn’t here anymore.
The High played a huge role in making me into the person I am, and it only feels right to give back a little of my time, especially now, when we need it most.
I want to work in book publishing as either an editor or a literary agent at one of the big 5 publishing houses. 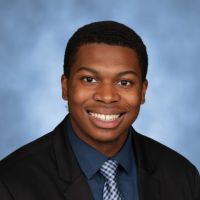 Base
No way, I didn’t think I was coming back ever.
Living with the other AVCs and having your old teachers be your co-workers.
The building and the kids. Kids are something else nowadays.
Lost my job due to Covid and I wanted to move home after graduation.
Go to law school.