From one video game aficionado to another. 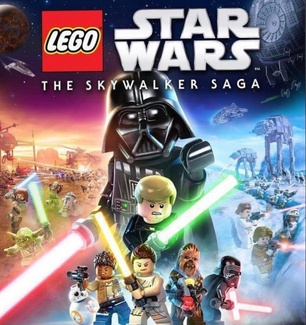 Halo, Call of Duty, and Lego Star Wars – All video game franchises we know and love. Guess what else these have in common: they were all shown off at Gamescom 2021, along with many other exciting new game announcements. Let’s start with the one many teenagers will be playing come November 5th – Call of Duty: Vanguard. The next installment in one of the most popular shooter series of all time has finally been revealed and, as of August 27th, is available to play in its “open alpha” program. It’s a first-person shooter game, set during WWII, with the option to either play single-player in the campaign or with others in multiplayer. I haven’t had the chance to play it, but from what I’ve seen, it looks like it’s shaping up to be quite fun for a game only in its alpha stage.

Next, a game myself and many others have been waiting for since childhood – Lego Star Wars: The Skywalker Saga. First announced back in early 2020, it finally has its first concrete release date since the peak of COVID: early 2022. If you haven’t checked it out already, it looks fantastic (including updated graphics) and will surely be a throwback and a half.

The last highly-anticipated game to be shown off was Halo: Infinite. Halo is a series that most people, even those that don’t play video games, can recognize and have fun with. It’s the series that started many off with gaming and it’s just as popular today. Its gameplay still looks as smooth and interesting as ever, and I can’t wait to give it a try when it releases on December 8th of this year to PC, Xbox X/S, and Xbox One.

Other games with announcements during this exciting event were Far Cry 6, a Saints Row reboot, Marvel’s Midnight Suns, and Death Stranding: Director’s Cut. Even though these games may not sound familiar to readers, many have dedicated fanbases that would back me up in saying give them a try! Doing so may diversify your game library and help you find a new genre to get into.