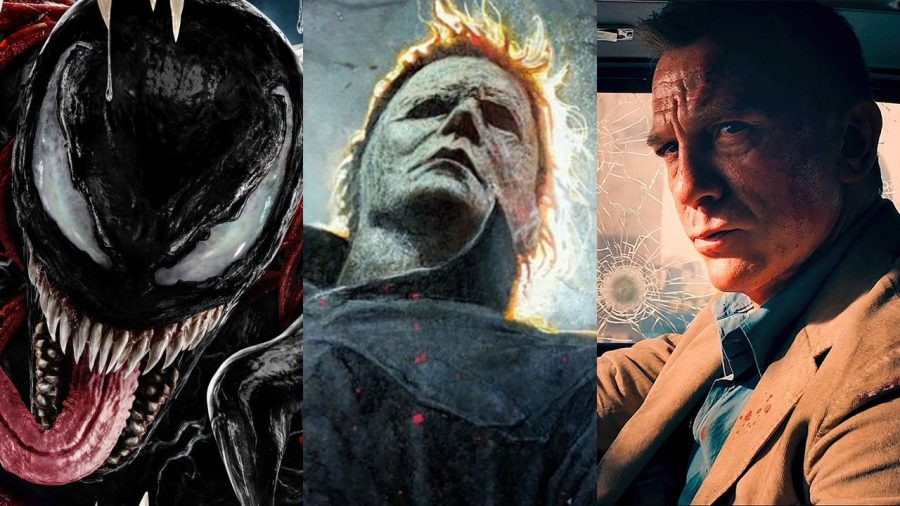 How Will New Covid Variants Affect the remaining 2021 Movie Releases?

It should go without saying that the Covid-19 pandemic has taken a heavy toll on the film industry in the last year and a half. From March 2020 to roughly December 2020, the only two notable films released in theaters were Christopher Nolan’s Tenet and Disney’s live-action remake of Mulan, both of which understandably flopped at the box office. Because of the disappointing performance of these films, Warner Brothers took it upon themselves to push their new(ish) streaming service HBO Max by simultaneously releasing their entire 2021 film slate day-and-date on the service and in theaters. This led to several other movies moving to home release as well as Disney releasing several of their films in theaters and on Disney plus for 30 dollars. As more people started to get the vaccine, and case numbers went down theaters started to gradually come back. However, as concern over the new covid variants grows, people may decide against going to the theater once again so this begs the question, how will the new variants of Covid affect the remaining movie releases of the year…? Luckily, the answer is more positive than one might expect.

The box office this summer has been very hit or miss. Universal’s 9th Fast and Furious film F9 performed exceedingly well at the box office, grossing $172 million domestically and $710 million worldwide making it the highest-grossing release since the start of the pandemic. However, no film since has quite reached that same height. Both of Warner Brother’s big releases this summer Space Jam: a New Legacy and The Suicide Squad had disappointing performances at the box office. Now, there are factors working against both films’ success, the major one being that they were released on streaming. Disney had a similar situation with their summer releases. Both Black Widow and Jungle Cruise were released in theaters and on Disney +, and they also weren’t very successful at the box office. Some studios took this as people not wanting to go to theaters because of new covid variants and decided to delay their films. Paramount delayed both Top Gun: Maverick and Clifford the Big Red Dog to 2022 and Sony delayed both Venom: Let There Be Carnage and Ghostbusters: Afterlife by a few weeks from their fall 2021 release dates. The biggest deciding factor as to whether or not the rest of the films this year would be pushed back was the release of Marvel Studios’ Shang-Chi: and the Legend of the Ten Rings.

As previously mentioned, Disney put Black Widow on Disney + as well as in theaters, so it was hard to tell whether or not people would be willing to go to the theater for Marvel movies if that was the only option. Because of this, Disney decided to debut Shang Chi exclusively in theaters instead. Disney CEO Bob Chapek stated, “We actually think it will be an interesting experiment for us, ​​The prospect of being able to take a Marvel title to the service after going theatrical for 45 days will be yet another data point to inform our actions going forward on our titles.” Now, Shang-Chi star Simu Liu did not take kindly to these comments which likened Marvel’s first attempt at an Asian-led superhero film to “an experiment”, and Liu is understandably upset. This movie is certainly not just an experiment, it’s just as good as many of Marvel’s other films, but the nature of its release is indeed experimental. This film was the deciding factor as to whether or not we’d get the rest of 2021’s blockbuster releases this year, and thankfully, Shang-Chi was more successful than anyone could’ve expected. The film had the highest-grossing Labor Day opening in history, not only in pandemic times, making $90 million dollars domestically and $146 million globally. The effects of this shockingly great box office are already starting to take place. Not only does it seem like the rest of this year’s blockbusters are safe from any more delays, such as No Time to Die,  Eternals, a and Spider-Man: No Way Home, but Sony just announced they’re actually moving up the release of Venom: Let There Be Carnage to October 1st instead of its initial October 15th release. So you rest easy knowing all of the movies you’re excited for this year are safe.