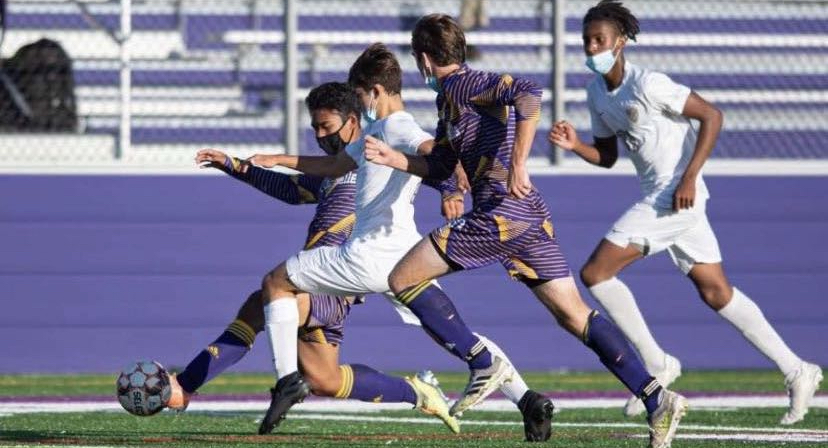 The fall season is upon us and what are some themes that come to mind? Pumpkin Spice Lattes, apple cider, and Halloween, right? WRONG! It’s soccer season, Cubs! The Varsity Soccer team is not letting last year’s lackluster season hold them back, and is looking to secure The High’s fourth Catholic League Champions title for soccer. If they’re able to pull this great feat off, it will be the soccer team’s second title in three years. Players to watch this year include Xavier Chow, ‘22, Max Frost, ‘22, Will Velthoven, ‘22, and Brandon Alchy, ‘23. As Emilio Avina-Sanchez, ‘22, stated, “The leadership and hard work these guys bring to the team will allow us to come together and have a great season, and everyone on the team believes in each other and thinks we can go far in playoffs.”

Another aspect the team is looking forward to this year is the return of the fans in the stands. Avina-Sanchez: “Students at games just make the entire atmosphere that much better, being cheered on and knowing people are at the soccer game to watch us, encourages us to perform at higher levels. I am excited to see the student section the soccer team will be able to gather during our season.” The team was cheered on by a student section that was decked out in beach gear. The Cubs tied Catholic Central 1-1.

One trait that sets this team apart from previous years is their ability to score goals so efficiently –  in fact, the team has already scored nine goals in seven games, which is only two fewer goals than last year’s team. They also placed first in a tournament, outscoring opponents 8-1. The Varsity soccer team currently has a record of 4-2-1 and is looking to continue their dominance for the rest of the season and into the playoffs. For more information on when their next games are, head to the sports calendar on MyUDJ!