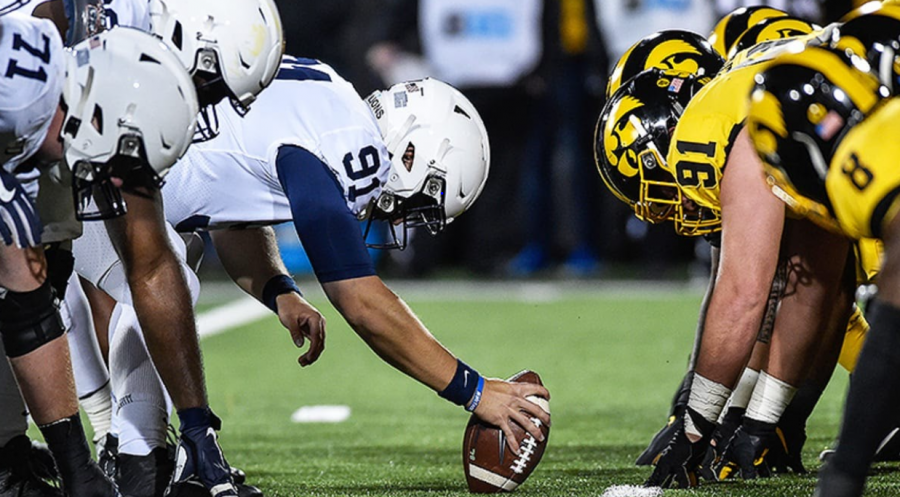 It’s been eight years since the Big Ten ditched the “Legends” and “Leaders” as their two divisions, adding Rutgers and Maryland to the conference and shifting to a more conventional East and West as division names. However, they didn’t just add one team to each division and change the names in this 2013 realignment, they completely rearranged the teams in each division, likely aiming for equal talent on each side, but really missing the mark in the long run. The decision was well-received at first, but has since proven to be a disaster: the East an overloaded super-division, and the West an average-at-best group compared to others in major conferences across the country.

One of the reasons why the realignment was somewhat well-received at first was because, at that time, the new divisions seemed to be even. In the season preceding the realignment, Michigan was 7-6, two years away from the hiring of Jim Harbaugh. Penn State hadn’t made a bowl game in two years under Bill O’Brien and would hire James Franklin in the following year. Both got shuffled into the East, not as complete afterthoughts, but not either as the perennial top-15 teams they would come to be under their next coaches. On the other hand, Bo Pelini had coached Nebraska to six nine-win seasons in a row, but the Big Ten couldn’t have predicted his firing in the next year, nor the fall that would follow within the Nebraska program. Since the hiring of Pelini’s replacement, the Cornhuskers have only had a winning record once. Both the rise of Michigan and Penn State and the fall of Nebraska contribute to unevenness in the Big Ten, this year more than ever.

Iowa beat Penn State on the 9th in an AP Poll top 5 matchup, in large part due to the injury of Sean Clifford, Penn State’s senior starting quarterback, who had his Nittany Lions up 17-3 before he went down in the 2nd quarter. And now, with half of their season in the books, Iowa will only face two teams currently holding a winning record for the rest of the season: Purdue and Minnesota (both 3-2). While all four top-10 ranked teams of the East will play each other in the matter of a month, scratching and crawling for a shot at a Big Ten Championship, Iowa will be able to cruise through the West, and will likely be undefeated heading into the Big Ten Championship, controlling their own destiny to a potential College Football Playoff.

While Michigan has been shamed for not being able to get to the Big Ten Championship game under Jim Harbaugh (rightfully so), Iowa will have a relatively easy road to Indianapolis, at least easier than any Harbaugh-coached Michigan team has had, an easy road that West teams of the past like Northwestern in 2018 and Wisconsin in 2014 benefited from too. Comparing Michigan’s in-conference records against the best of the West in respective years, Michigan has done good enough for first in the West twice under Harbaugh: 2016, where they finished third in the East, and in 2018, where they finished second.

The current unevenness of the East and West is something not really at the fault of the Big Ten. Programs experience ups and downs, and in this case, there happened to be more ups on one side of the conference and more downs on the other. The Big Ten Championship game has been played seven times since the 2013 realignment, and all seven winners have been out of the East. There have been five appearances by the Big Ten in the four-team College Football Playoff since its inception in 2014, all from the East. It’s simple — Big Ten football needs realignment. Here’s a look at what the Big Ten could potentially look like under a said realignment: