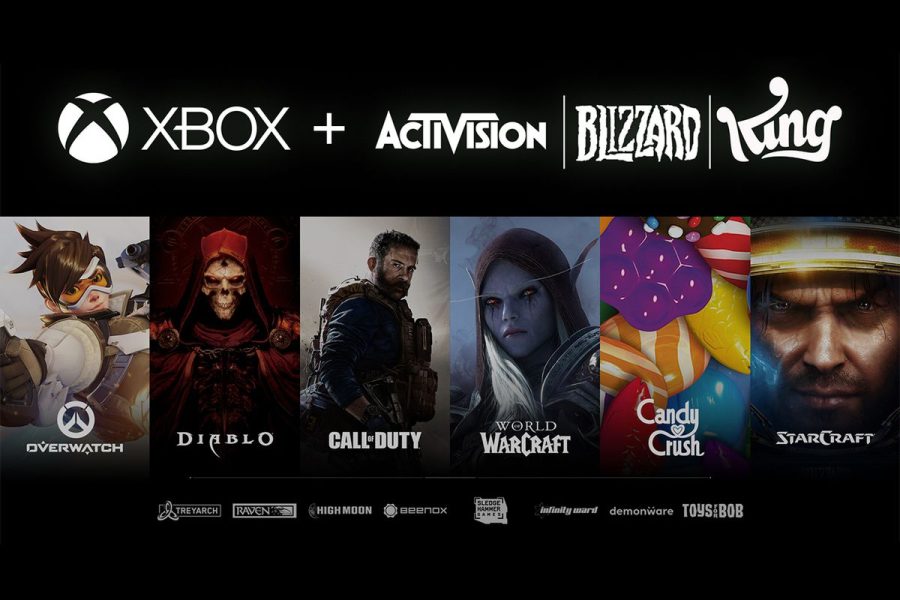 Microsoft’s Acquisition of Activision Blizzard: The Best and Worst Thing to Happen to the Video Game Industry

“Not much news to report today,”, said nearly every video game journalist on January 18th, on what seemed to be a ‘normal Tuesday’. What they didn’t know was that the biggest video games news story in years would break at about 8 A.M. Yes, that’s right, Microsoft, the company that owns Xbox and all Xbox exclusive IP, bought one of the biggest gaming publishers in the world, Activision Blizzard – for 68.7 billion dollars. This acquisition of the Call of Duty and World of Warcraft publisher came as a surprise to nearly everyone, and most people don’t know what to make of it. On one hand, this could be a good thing, especially coming after Activision Blizzard received a lawsuit from the state of California for the company’s “frat-boy culture”, where “female employees are subjected to constant sexual harassment.” If the company is now in Xbox’s hands, then the workplace culture may improve. On the other hand, this could be disastrous, potentially monopolizing the video game industry as a whole.

Before I get into the negatives and all of my hard opinions on this topic, it’s important to point out how this could very well be a good thing. The workplace culture at Activision Blizzard has the potential to drastically improve with Microsoft in charge now. Xbox CEO Phil Spencer will assume the position of Activision Blizzard CEO once the deal is complete, and all of the higher-ups at Activision will now report to him. He’s also had a pretty solid track record during his time as CEO – an internal email from Spencer obtained by Bloomberg supports this, which states that Microsoft is “evaluating all aspects of our relationship with Activision Blizzard and making ongoing proactive adjustments.” This leaves many people hopeful for what the future holds within the company.

However, Microsoft has still failed to address whether or not current Activision Blizzard CEO Bobby Kotick will remain in his position after the deal is closed. Kotick has been under heavy fire as well, since he reportedly knew about the harassment for years (He’s also been accused of misconduct by several women at the company.) In one instance, “one of his assistants complained that he had harassed her, including by threatening in a voice mail to have her killed”. As of now, it’s yet to be seen if he’ll face consequences under Xbox. It’s incredibly important that he does. Even if the workplace culture improves, if he isn’t punished, it establishes a precedent for other people like Kotick – namely, that they can get away with harassment.

Now for the negatives. The economic side of this deal has more cons to it than pros (as far as the general public can tell.) However, a deal like this won’t form or lead to an actual monopoly like many immediately assumed it would be. Legally, this wouldn’t fall under that category, since it doesn’t violate any of the antitrust laws established by Congress. However, the implications of this deal are still potentially concerning. Some may think that there’s nothing wrong with Microsoft’s acquisition, since publishers like Playstation frequently purchase big-name developers. But Activision, like Microsoft, is also a publisher, which is much bigger than just buying a developer. This shows that it’s possible for a company like Microsoft or Sony to buy up publishers like Nintendo, Take-Two, Ubisoft, or many others, potentially eliminating third-party games entirely.

One of the immediate reactions to this announcement was “how is Sony going to respond?” (Seeing as how they’re Microsoft’s main competition.) Well, they did, although not directly. Less than two weeks later, on January 31st, Sony announced that they had acquired Bungie, the developer behind the Destiny franchise, and the first three games in the Xbox-exclusive Halo series. While this wasn’t nearly as big as the Microsoft deal, it clearly signals that an acquisition “war” is currently happening. If Playstation’s immediate announcement of the Bungie deal wasn’t convincing enough, Playstation CEO Jim Ryan said “We should expect more” – referring to further Playstation acquisitions.

Keep in mind – this isn’t a direct response to Xbox. These deals take were already going on, they take months to happen, but the timing of the announcement is certainly in response. The truth is that this acquisition war is just the next step in a competition between two major publishers. Industry insider Jeff Grubb states, “This [is] an acquisition war, but it’s also a war against inflation. The money these companies are spending is already worth 7-ish% less than it was worth last year. It’s going to be worth a lot less soon.” These companies are trying to step up their game in the competition in a big way and they’re trying to get ahead of the curve by buying now while they still can – further proof that we’re going to be seeing more of these acquisitions soon, at a much faster rate. The unfortunate reality is that we’re just going to have to wait and see how it plays out. While it may not be the doomsday some anticipate, acquisitions like this will have a large effect on the video game industry and we’re just going to have to see what this means in the future.