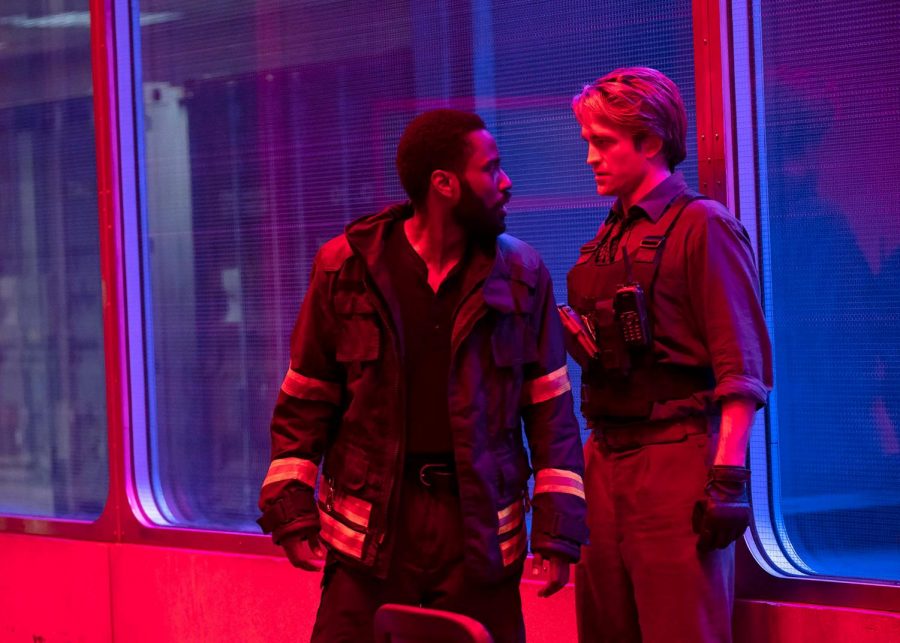 Gallery|1 Photos
John David Washington and Robert Pattinson face the end of the world in TENET.

Tenet is a high concept, time-manipulative adventure movie, and what a film it is! Without any spoilers, the plot consists of a group of Special Ops trying to stop World War III from occurring. John David Washington, Robert Pattinson, and Elizabeth Debicki are all phenomenal in their respective roles, Washington as the Protagonist (who mysteriously isn’t named), Pattison as Neil, part of the Special Ops who has a secret, and Debicki as Kat, wife of a cruel Russian diplomat who wants revenge on her husband. Director Christopher Nolan, yet again, stuns the audience with this brilliant addition to his movie catalog, which includes such luminaries as Inception and The Dark Knight. The score for the movie, done by Ludwig Goransson, was sensational and mesmerizing. The action is incredibly complex and mind-blowing to see, as fight scenes happen in forward and reverse action. I don’t know if you’ve seen the trailer, but in simpler terms, the action happens backwards and it’s freaking awesome.

There were a few problems with the audio of the movie, as the score and background noise made some pieces of dialogue impossible to hear. While you’re watching, things may seem a bit confusing at first, but if you stay focused and remain patient, everything will make sense in the end. Still confused? There are plenty of Youtube videos that can fill you in on anything you didn’t understand. Having driven all the way to Ohio to watch it, I was a bit worried it would disappoint me, but I can honestly say it lived up to the hype. With theatres open in Michigan, definitely try to see it in Imax for the most intense experience.