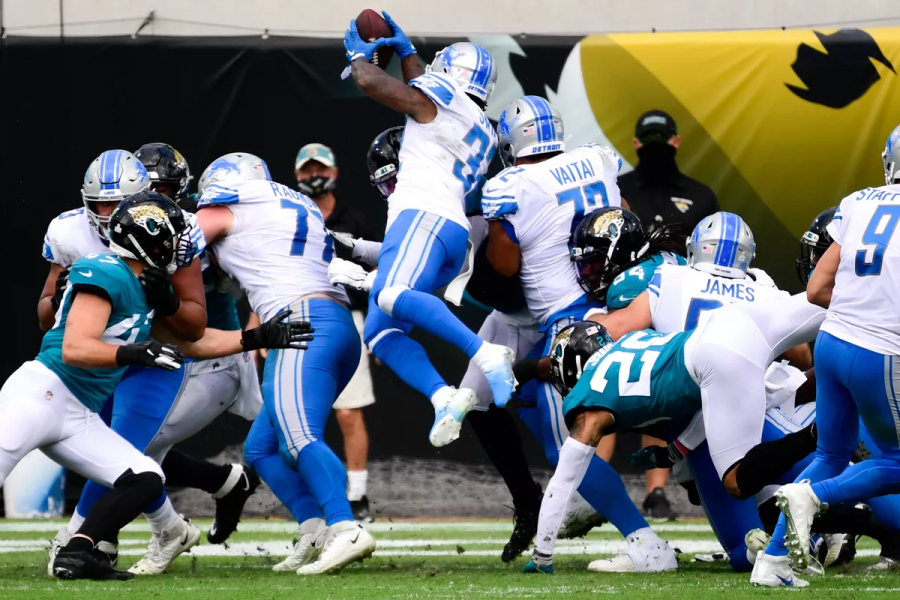 The Detroit Lions will find their way to the postseason this year even though they are currently 2-3. By no means will they win the NFC North, due to the fact that the Green Bay Packers are looking like a Super Bowl contender, but they will win enough games to make one of the wildcard games, finishing with a regular season record of 10-6 or even 11-5. After losing to the New Orleans Saints in their week three matchup, the Lions had a two week break to regroup for their week five game. During their bye week, Coach Patrica should have been hard at work with the defense. If Patrica can get the defense to start making crucial stops, the Lions will have a chance in many of their upcoming games. Hopefully, Patrica has made changes to the defense, evident by their win this past Sunday. After their win against the Jacksonville Jaguars , their next seven opponents have a combined record of 16-26. In this seven game stretch, they will face teams like the Atlanta Falcons and the Houston Texans, who are both 1-5. Furthermore, during this seven game stretch, the Lions only play two teams with a winning record: the Indianapolis Colts, who are currently 4-2 and the Chicago Bears, who are currently 5-1. The Lions need to leave this seven game streak with a record of either 7-0 or 6-1, because after this stretch, the Lions have to play three challenging teams in a row. These three teams are the Green Bay Packer, the Tennessee Titans, and the Tampa Bay Buccaneers. Currently, these three teams combined have a record of 13-3. Hopefully the Lions will be able to win a game during these three games. The Lions close the season against a struggling 1-5 Minnesota Vikings team, who they should beat.

Now you may be saying that teams such as the L.A Rams or the New Orleans Saints will finish with a better record than 11-5, and will knock the Lions out of the playoffs. However, this year, the NFL have decided to make changes to the playoffs. Instead of remaining with the regular 6 teams from both sides of the league, the NFC and the AFC, they have now decided to change it to 7 teams from each side. So, due to an easy schedule and a new playoff format, your Detroit Lions will be the seventh team from the NFC, making the playoffs for the first time since 2016.