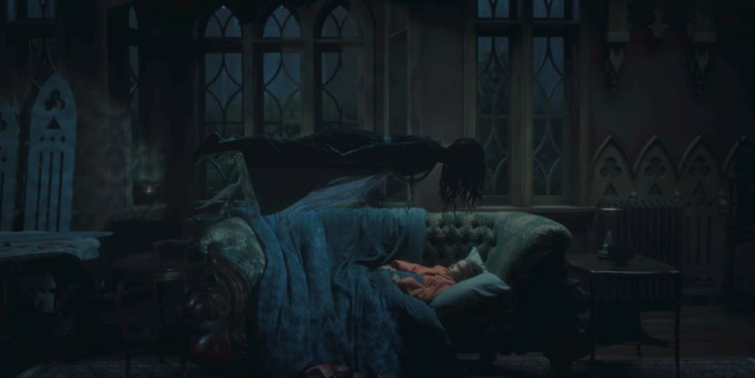 Haunting of Hill House is a magnificent limited series that breathed new life into the horror genre. All the performances were great, with Carla Gugino being especially enthralling as a mother in the grips of madness. The story follows a dual timeline of a family moving into a haunted house and their lives after leaving. Twists and turns make the plot unpredictable and shocking. Although there are many scary scenes, the themes and interwoven messages provide disturbing views on death that I am still pondering. The beginning of the series is a bit slow but it picks up significantly. With hidden ghosts and references all throughout each episode, the series has a rewatchability that not many other shows have. I absolutely love this and I think anyone who likes a great story, fleshed-out characters, and some scares would love it too.

The long-awaited spiritual successor, The Haunting of Bly Manor, was an intriguing yet divisive follow-up. Haunting of Bly Manor follows an American au pair (nanny in French) moving into a British Manor to care for two orphaned children. Haunting of Bly Manor is not a sequel to Hill House as it follows new characters in a new house setting. The cast had to portray difficult roles with dynamic and distinct personalities along with accents, and in true professional style, the cast succeeded.

The story and the pacing struggled a lot. Loosely based on Henry James’s novella, “The Turn of the Screw”, Haunting of Bly Manor tries to be less of a horror show and more of a gothic romance. The show is successful in portraying complex relationships and interesting dynamics, but the show does have HAUNTING in the title, and audiences were expecting scares similar to what they saw in Hill House. I do believe that the directors went in the right direction. Because if this series was too similar to Hill House, it would seem like an imitation.

The second to last episode of Bly Manor kills a lot of the momentum of the show. In the middle of the most suspenseful moment, the episode was stopped abruptly for an elongated backstory. The information provided was necessary for the overall context of the story, but it does not flow naturally with everything that viewers have seen up to that point. The thing which made Hill House interesting and had viewers talking for days after, was that a lot of the ghosts and house are not explained, which allows viewers to wonder.

In the end, Bly Manor explains everything in extreme detail, which destroys a lot of the fear factor. Although Bly Manor had flaws, I found it incredibly entertaining and a binge-worthy watch. If you are planning on watching Bly Manor, go in knowing that it will be completely different than Hill House and you will enjoy it.