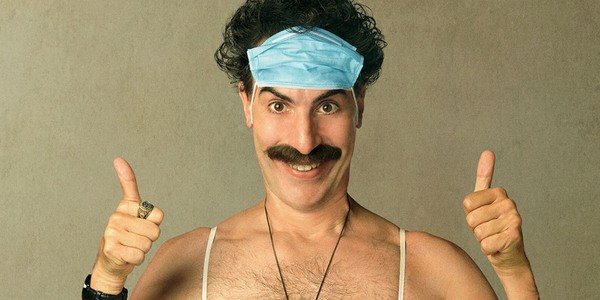 Borat 2 was a world famous movie that just about everyone was excited for. After a very successful Borat in 2006, Sacha Baron Cohen was back for another one (and it only took 14 years). The first Borat did very well in the box office, with the production team only spending 18 million, but earning 262.6 million.

People were anxious for the film to be released and it finally was on October 23,2020, as an Amazon Original.. The plot: Borat comes to the U.S to make a trade offer to the President, so that his home country of Kazakhstan can  be recognized as a “big shot nation”.  Since Borat is a journalist for the television network back in his home country, he had cameras following him around. He has his daughter, Tutar, with him as they learn about the cultural differences  between Kazakhstan and the United States. He tries to meet up with famous politicians such as  Donald Trump, Mike Pence, and Rudy Giuliani.

Overall, the movie is fantastic, just like the first one. It’s a lot of crude humor that some people will find funny, but others won’t. If you need a good laugh, I would highly recommend watching Borat 2, if only to see for yourself what everyone’s talking about. It does take a certain type of audience to watch because Sacha Baron Cohen’s not for everyone. Overall, I thought it was a good plot a and being a big Borat 1 fan, I can fully say that the second one is just as good. So if you have some free time this weekend, gear up Amazon and experience the magic that is Borat Sagdiyev. “Very nice!”